European funds: Poland, a model to follow with 97.5% of funding spent 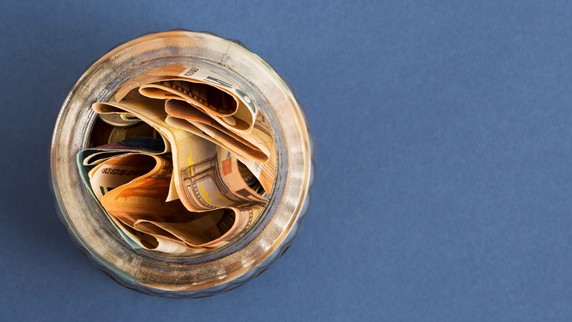 Poland is the first net beneficiary of EU funds since its accession to the EU in 2004; in fact, between 2007-2013 Poland received a funding of 80 billion euros, of which 67.3 billion from the Structural Funds and the Cohesion Fund, and 14 billion of loans for agriculture and fishing.

As shown on the website of Polish Ministry, from the 74 billion invested, which makes 97.5% of all funds of the 2007-2013 program, there was a return in concluded contracts of around 98 billion euros, from which 24 billion being a profit.

Likewise, in the new 2014-2020 program, Poland will receive 82.5 billion euros in structural funds and cohesion.
After 10 years of EU membership, a short summary showed that Poland has managed to create more than 300.000 working places, 25.000 new companies, build 11.000 km of roads and bridges, 1661 km of railway lines, renew the fleet of local public transport and redevelop the suburbs, open new schools, a science museum, digitized hospitals and a wind tunnel. In addition, 40.000 kilometers of broadband internet lines were created and investments in the field of scientific research and development were made.

“A key to the success of Poland in the European funds – as stated by Polish Minister of Regional Development after the Report was published – is undoubtedly in having created a centralized office that was dealing with the coordination and planning of funds, checking step by step all activities of the regions and provinces, ensuring the projects and progress, and reporting them to the Government.”
Poland continues to grow, remaining among the countries with the best potential in the medium-term perspective, with GDP +2.8% in 2014 and a positive outlook for the future: + 3.0% in 2015 and + 3.1% in 2016.

Whereas Italy in 2015 will have 17 billion from the old 2007-2013 program still to spend, but with the risk of losing this funding in December 2015. However, the task force and other measures of emergency have been put in place to prevent the delay. They are controlled by two organs of coordination and central planning, such as the agency for territorial cohesion and the control room.  On the website opencoesione.gov.it, reports show the billions invested in structural funds, but not the return of these investments.

You might observe that Poland is favored in this progress also by its strategic geographical position which places it at the center of European routes for trade, as well as the availability and openness of government authorities towards foreign investment with tax breaks and logistical offers to new businesses in 14 Special Economic Zones (SEZ).
Another special characteristic of Poland is its ability to act as a hub for logistics and distribution companies from Central Europe and non-European countries.

In Italy, one question arises naturally: How is it possible that Italy, despite being at the center of the Mediterranean, having an important geographical position – just like Poland, is not able to become a logistics and distribution hub for North Africa and other Mediterranean countries? I do not think that it depends only on the ability to use or not the European funds, but also on the lack of government policies aimed at attracting, with tax breaks and other facilities, new European and non-European logistics companies.